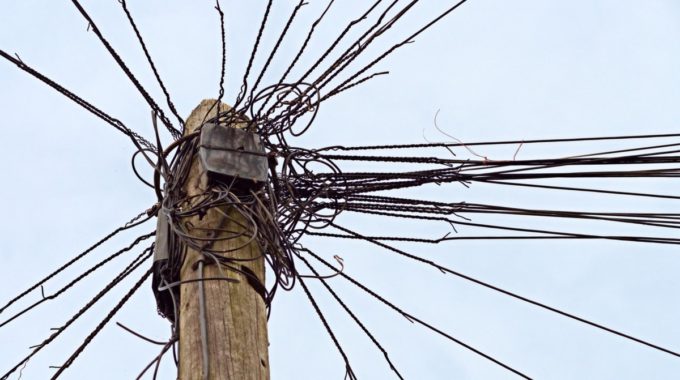 Call it what you will — sequence, cadence, rhythm, playbook — sales, like a golf swing or a first date, goes more smoothly when the moves are in the optimal order.

Intuitively, it would seem that going a lot faster (life at 1,000 dials a day) would be perfect for messing up that smooth sales stroke. When are you going to squeeze in those touches called out in the playbook? You know: the first call, the second call, the voicemail, the email, the second email, the third call, the third email, the social outreach, the fourth call that you didn’t bother with because your ever-growing backlog of tasks is freaking you out.

It turns out that sales cadences and the myriad new tools to support them are based on an obvious but unspoken assumption: that live conversations are few and far between, and you may as well do a whole bunch of non-conversational (read: cheap) stuff in hopes of eventually talking to someone. This is true for inbound, outbound, and account based sales. Prescribed playbooks for all three assume that:

Clearly, B is true. But what if you could make A false? What happens if you can push a button and talk to one of your pile of inbound leads? Or to someone on your outbound list that matches your ideal customer profile or who has a relevant role at a target account? What if getting conversations was the easy, reliable part? Do you still need to embed those conversations in a matrix of emails and social touches and voicemails to “warm them up”? In a conversation-centric world, where do the other touches fit in?

The second play is to follow up the conversation, almost always with an email, which — in sharp contrast to cold emails that are usually deleted before reading — will probably get opened and read. Even a brief conversation is game-changing when it comes to email open-rates. We call it “Talk2Send,” which means using the email to continue what the conversation started.

The other second play is to follow up the conversation with another conversation. At 50 dials a day, this is done by setting a task to make a follow-up call. Unfortunately, that call will be answered only about 4% of the time: not because they don’t love you, but because they are, like everyone else, busy. So, persistence is needed. Fortunately, at 1,000 dials a day, persistence is built in. All you need is a calling system that automatically includes your follow-up calls when they are ripe and ready. It’s important that this play includes a note to your future self so you know exactly what to say to get that follow-up conversation off to a smooth start.

At 1,000 dials a day, playbooks get simpler — there are fewer steps and not as much counting; and they get more effective — you’ll have more meaningful conversations that drive pipeline, and less giving up because it’s just too time-consuming and frustrating to get people on the phone. A universal playbook for life at 1,000 dials a day looks like this. (Notice that this playbook cycles forever, and the only “give up” step is when you determine in an actual conversation that someone on your list is not worth talking with ever again. Of course, this “playbook” needs to be fed some new, potentially worthy contacts to replace the ones that get removed or scheduled as meetings.) 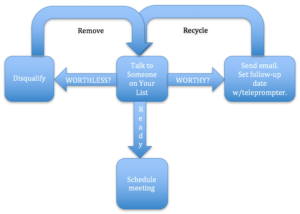 This playbook assumes that the easy, reliable part is “Talk to Someone on Your List,” because that is what drives everything else. Note what the 1,000-dials-a-day playbook delivers:

So, the answer to the cadence question at 1,000 dials a day is simple: you get to give up all that giving up after so many touches and implement a simple playbook that delivers results based on the only touch that really counts — a conversation.