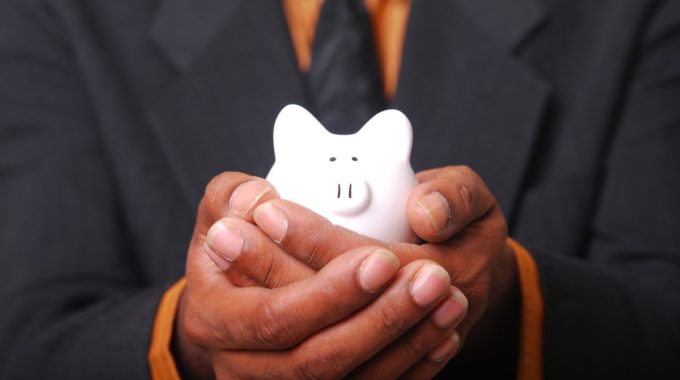 Ah — finally — my favorite topic: how much is that doggie in the window, anyway? Now that we have explored the mysteries, both wonderful and frightening, of Life at 1,000 Dials a Day, how much does it cost to cruise aboard the good ship ConnectAndSell Lightning™?

First, a confession. After almost six years of immersion in the vast ocean of sales and marketing technologies for sale, I must admit that I don’t understand why the cost of sales labor is simply ignored when calculating the total cost of a solution.

Let’s let the cat out of the bag to give a couple lashes to everyone’s favorite whipping boy: our CRM. When we plug in the “I” (the investment) in “ROI” for a CRM, does anyone take into account the cost of the sales labor that is diverted from selling to data entry and task administration?

For example, if a sales rep spends 1 hour per day in the CRM (not selling, unless actual living customers are found living in the CRM!), that costs about $700 per month. Say the CRM license costs a mere $100 per user per month. (I’m being very kind here.) For each $1 spent on the CRM — even ignoring the substantial costs of care and feeding the monster —  an additional $7 is spent on sales labor.

Now, as to the “R” (the return on your investment), your CRM is a bit of a puzzle.  We now know that you are spending $800 per month, not $100 per month, of variable cost per rep per month. How much money is it delivering to you — in the form of additional business or saved labor?

About two decades ago, you could make the case that your CRM was going to save on labor. Now, not so much. At least not that you would notice by trending percentage spend on sales. Check out this simple, but compelling, analysis by Geoffrey James on February 24, 2016, on Inc. online:

Here’s the summary: ten years ago, companies spent 48% of revenue on sales. Now, it’s 51%. Case closed. CRM doesn’t improve sales efficiency. If it did, we would all be spending less on sales as a percentage of revenue.

You might be thinking, “But aren’t there other benefits?” To which the rejoinder is, “If so, wouldn’t they have shown up in overall sales efficiency right now?” And the big CRM companies might point out that they have not fully penetrated the market, and the consultants will point out that CRM implementations are awful, and if everyone only listened to them (for a fee), that percentage of revenue spent on sales would plummet. Just as promised.

But simple observation says that many sales reps spend a big chunk of every day feeding the hungry beast called CRM. And companies continue to spend a little on CRM licenses and a LOT on sales labor, and other labor, and consultants, and ancillary shiny tools, in hopes of getting some kind of return on that Amazon of investment dollars.

I suppose I should apologize for this discursion into the true cost of a CRM, but — so sorry — I can’t. For this reason: if you disagree with the principle behind my claim that a CRM doesn’t cost $100 per user per month but instead something more like $700 per user month, you will probably think I’m crazy when I tell you that 1,000 Dials a Day costs negative money. Hard dollars too, because most of the money is going to sales labor, in both cases. And if you think there is such a thing as a sales tools or sales enablement “budget” that is distinct and divorced from your labor budget, you are simply doing the math wrong.

First, what shall we use for a numerator.

Revenue would be nice, but it tends to wander off into the future after a few assumptions and the charms of revenue recognition have had their way with it.

Bookings sound good, but sales cycles run from minutes to years, so in many cases bookings are as distant and indistinct as revenue.

Meetings? Hmmm…there’s an interesting idea. Are meetings hard enough to get and similar enough to each other that, statistically, they can serve as a predictor of bookings and, therefore, revenue? And might a sales tool or technique affect the rate of meetings today, so we can figure out if it’s responsible or whether something else moved the needle?

Certainly we can agree that meetings are better than something like dials, as fond as I am of my little dial friends. Are they better than conversations? As far as a predictor of future bookings, absolutely: the meeting is closer to the finish line and wins immediately. And first meetings are generally booked for a few days from now — sometimes weeks, occasionally months, but almost never a quarter or a year.

So, that’s 400 dials per meeting. All we have to do now is figure out what a dial costs, and we can calculate the cost to get a meeting. And we will have meetings (the output) per dollar spent to get the meeting! Which will let us compare kumquats to kumquats.

But wait! Isn’t there another cost hiding in plain sight? The cost of the sales rep? Reps cost real money! How much? That varies a lot, but $350 per day, all in, is a reasonable number, with allocated management included, because that’s real money too, even if it happens to be you.

For AEs, it’s more. In some locations, it’s less, but rarely as “less” as folks think. It’s certainly nothing like, “Well, the base for my SDRs or whatever is $X, so unless they produce, that’s all I pay, and if they produce then they are paying for themselves.” This is never the actual case, unless you decide to NOT count what they produce as part of the “return” part of ROI. All in is all in, and that’s all there is to it.

What happens to that cost at the rate of 1,000 dials a day? We divide $350 per day by 1,000 dials for starters. Hey! Our $7.00 per dial dropped down to 35 cents. Wow! That’s a 95% savings — especially when we go back through the logic and realize that booking are driven by meetings, and meetings are driven by conversations, and conversations are driven by dials — assuming equal quality, which some people always bring up at this point, as though having more conversations will turn a great rep into a lousy rep. (You don’t hear, “Yep, Mary over there started having too many conversations last week, and now she just can’t seem to get it done anymore.”)

So, let’s let the conversational apples stay as apples, and move on. Because there must be something wrong: surely 1,000 Dials a Day must cost a pretty penny or three.

It’s true. You can’t take 95% of the labor out of any process without putting it somewhere else. Let’s imagine that it costs $.75 per dial (seems like a lot, right?) to get these dials done some other way, perhaps by some magic Uber-like system where you push a button and wait a bit, then have a conversation, and all the dials happen somewhere else. Then our $7.00 becomes $1.10. That’s still a respectable 84% cost reduction.

Finally, after a ridiculously long journey through how I think we should look at calculating true costs and ROI for ANY sales enablement investment, whether CRM, magic “Uber for sales conversations,” or anything between, we arrive at our destination. And that is a big, fat “No.” Negative costs don’t break the bank; they just make some bank. And that is a very good thing.