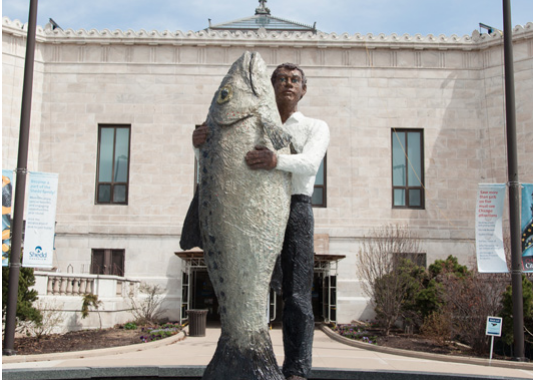 As I wrote at the end of Part 3 of this blog series, the false “No” is the worst disposition one can get when making a cold call, because it tricks you into disqualifying the well-qualified, perhaps even the perfectly qualified. When you throw a prospect who literally doesn’t “get it” back into the nurturing pool, you better make sure they aren’t qualified, because they’re swimming right over to your competitor’s boat.

This is the true challenge of outbound outreach. Even if you are smart enough to buy a 10-line casting machine, you still need to stop your prospects in their tracks and get them to consider what’s on offer — with your personalized version of the Breakthrough Script. (For readers who haven’t picked up on it yet, a 10-line, effortless casting system that bolts onto your boat in less than an hour is what we sell over here at ConnectAndSell.)

It’s worth a thousand words!

Here’s a picture of what happens when the Breakthrough Script is added to the 10x calling power of ConnectAndSell. 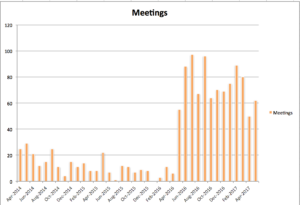 It’s real data, collected over more than two years. It doesn’t show the numbers before they adopted our 10x calling machine — but they would have been hard to see anyway. In this case, four out of five of the reps made the awkward change (in 10 minutes) to a tailored Breakthrough Script on a single day. The next day they set lots more meetings, and, as you can see, these results have continued to flow for more than a year. Sure, there’s been a little drift now and again: it is awkward, after all, and reps will subconsciously seek comfort in preference rather than performance if they don’t receive active coaching — but it doesn’t take an ROI consultant to figure out that getting more than 4x more meetings for EXACTLY ZERO incremental cost in LESS THAN ONE DAY yields an infinite return on investment. Sorry about the shouting, but the wind seems to blow a lot out here on the seas of sales, and it’s pretty noisy. And I didn’t want you just to go sailing off without getting the message.

So, to wrap up this fishy analogy: