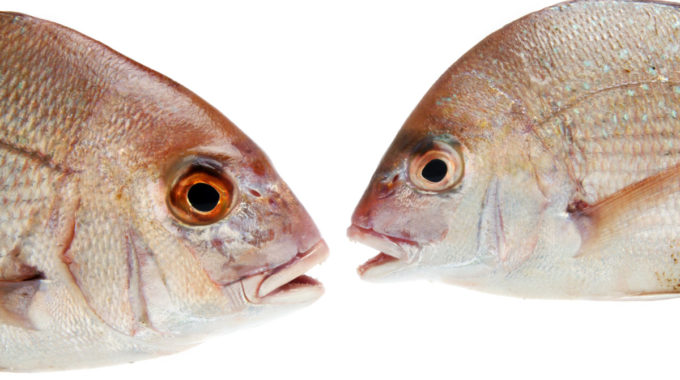 Let’s take a break from the question of whether outbound sales can be industrialized. Spoiler alert: the simple answer is “Yes,” with the qualification that you need to adjust your thinking, processes, and toolset to get it done. But that’s hardly surprising. At least it turns out you don’t really need to overhaul your whole company, which is surprising. Just making the top of your funnel work 10x faster and more transparently is a good place to start and will produce results right up until the point you have maxed out either your capacity to take meetings, close deals, or deliver. And those are high-quality problems with well-understood solutions.

So, what are we going to do on our break? Let’s revisit our old friend the Breakthrough Script, the outcome of the most productive Saturday I have ever spent. Feel free to use these links to head back to “Five Sentences That Will Change Your Life,” Part 1 and Part 2, for a refresher on how a desperate need to transform SavvyRoo’s Founder/CEO Noah Blumenthal into the cold calling beast he is today resulted in a resource for all salespeople. It turns out that Noah knows a thing or two about how our minds respond to words, and the resulting five-sentence script is a can opener for the human mind. At least, more often than not.

At first, it’s awkward as all get-out, but let’s face it, sales is kind of an awkward proposition. It’s similar to learning to hit a golf ball properly. The instructor says “Grip the club like this,” and you think, “Yeah, right — like twisting my fingers all over the place is going to make that ball fly like you see on TV.” And what’s with all that keeping the head still while letting your hips sashay like crazy? I think my old baseball swing will be more “comfortable.” Which is true, except for that nasty slice that is here to stay until you decide that the purpose is performance, not comfort.

Same with sales, especially at the top of the funnel. Closers can talk all day about what powerful beasts they are, fueled by coffee, and never getting within throwing distance of a steak knife. But closing is easy compared to opening. You may lose, and it may even be because you suck, but it never feels very personal. And, frankly, closing may be a precision business, but it’s pretty unemotional. Does it make sense to move from the “We know pretty much everything at this point” stage to the “OK, let’s sign the contract” stage? If so, we “close.” Big deal. (This is not meant dismissively: I just hope your next deal is big, and the one after that too.)

But you know where you were most likely to “lose” that big deal? Before it was ever born. Most of the big fish swim right under your boat, and you never see them. Reason number one is that you’re in the wrong waters. Get a better list, and your chances go way up. Reason number two is you can’t “see” these fish: they only appear on the fish-finder when they say something. (I know: a weird analogy with the talking fish, but the math works!) Your fish-finder “pings” by trying to have conversations with one fish, two fish, red fish, blue fish — as simple, and as profound, as Dr. Seuss’s best rhyme. If the fish doesn’t want to talk at all, ping it later. If the fish speaks up, an amazing thing happens. Suddenly, you know a fair amount about it. It exists, for one thing, and is swimming in a particular direction, with a goal in mind! And, after enough back and forth, it will even tell you what’s holding it up — and how maybe coming up on the deck of your boat could be the very ticket to paradise that it had in mind.

So, the question is, what’s on the hook? Because every fish that swims off before you have a conversation with it is a tragedy worse than the failure to land one that does end up on your line. We’ll take a look at that in Part 2. Stay tuned!