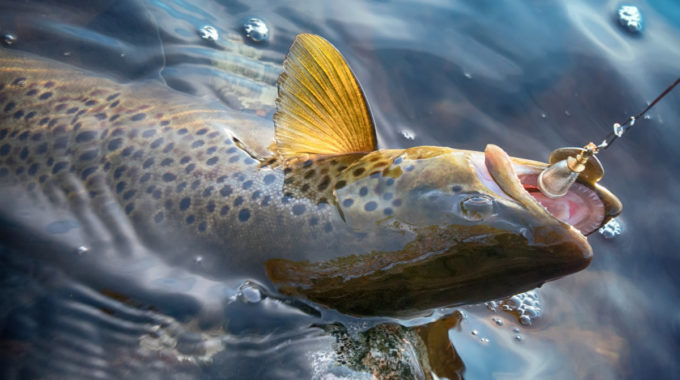 In Part 1 and Part 2 of this blog, I discussed the tragedy of false negatives: mistakenly labeling sales prospects as negatives when they don’t fit our selection model — when, in fact, many of them do. And I pointed out how our false negatives can tragically swim away because we just plain failed to get enough lines in the water, and how they can swim away with almost as tragic results if our bait is uniformly uninteresting. Not to us, of course, but to a bunch of fish we can only pretend we really know. What are their likes and dislikes? Do they eat squid only on Saturday, sardines on Sunday, and mackerel on Monday? We can draw pictures of fish all day long and call them “personas,” but the only reliable way to find out what they’re biting on is to get some biting going on.

So, we’re back to the question of how many lines we cast. One line at a time? We occasionally get a nibble, and if we can keep the fish under our boat long enough, we might be able to tell lucky strikes from yummy bait. Ten lines at a time? Now we’re learning something. Hey — we can even afford to put a squid on line #1, a sardine on line #2, and a baby mackerel on line #3. (Sounds a bit heartless, I know, but we’re fishing here!) We can test the bait across our fishy cohort in parallel and in enough volume that we might even be able to tell luck from yum! And, by the way, we are also sampling which way they’re headed, which vastly increases the chances of keeping them under the boat longer.

Let’s stretch our fish story a bit more and imagine there is something that pretty much all fish like to take a look at. They may or may not want to sink their teeth into it, but it’s a head-turner, even from a distance, something that speaks to the predator within and says, “Check me out.” Wouldn’t the best way to avoid the tragedy of falsely fleeing fishies be to start by putting that tantalizer in very plain sight on each and every line? Even if you can only cast one line, that sucker’s going to help by drawing some fish close enough that one might smell the good stuff and take a fateful mouthful. And if you have ten lines? Woo-hee! Lots of fish will take a look, and those that get attracted to whatever tickles their fishy fancy will turn from curiosity to chomp.

And, voilà, you’ve learned what they really want and which way they’re going, all at once. Your catch is still only 10x bigger (isn’t that enough?), but your knowledge has grown even faster than that, and tomorrow, and the tomorrow after that, will be short on false negatives (the fish that really got away) and full of holds full of silvery treasure.

Back to the script

So, coming back from our fishing adventure, how does the Breakthrough Script fit in this story? Simple. It’s the universal lure – not truly universal, of course, and there is probably much to be done to make it more attractive – that gets many prospects to stop paying attention to the myriad distractions that surround them and to come a little closer. Of course, if the value on offer is not interesting to the prospect, then it’s not a false negative at all! That’s a true negative, the most prized prize in sales — a real “No!” you can believe in. But by using the Breakthrough Script, awkward though it might be at first, you have drastically reduced the proportion of prospects who never really considered what you have to offer. The false “No” is the worst, because it tricks you into disqualifying the well-qualified, perhaps even the perfectly qualified. When you throw a prospect who literally doesn’t “get it” back into the nurturing pool, you better make sure they aren’t qualified, because they’re swimming right over to your competitor’s boat.

I’ll reel in the fish in Part 4. Stay on the line!