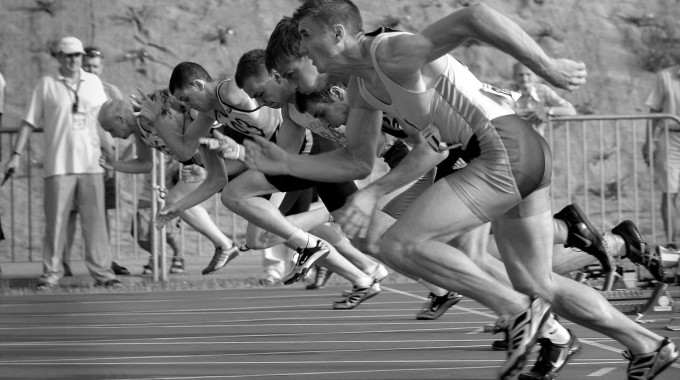 So, what was it that caused the huge paradigm shift between the 1980s and now in the way B2B sales are conducted? It wasn’t caused by the internet and all its spawn — the web, blogs, email, sales and marketing automation, chat, LinkedIn and Twitter and even Facebook — enabling faster, easier, cheaper communication with prospective buyers. It was a consequence of the death of the telephone as a practical B2B sales tool.

Without the phone, sellers are reduced to waiting for buyers. Sure, the waiting can be dressed up in fancy words and called “nurturing,” and we can say that we are just giving buyers what they want as they meander along a predictable journey shared by all who have the same persona.

There’s Power in Being First

But no matter what we say, there is one fact we need to face: each sale is a competition. Each opportunity has a single winner and, usually, a whole bunch of losers. The incumbent — especially the almighty competitor called “do nothing” — must be overcome. The return on investment for the losers is always negative. Sure, you can use cheap tactics to keep the cost of losing down a bit, but you are still losing.

And who will you lose to, almost every time? The company that manages to frame the conversation by having that FIRST substantive conversation with the buyer. By “conversation” I don’t mean “touch.” I mean a knowledgeable, helpful sales rep actually talking to the buyer and allowing that buyer to express their needs, pains, hopes, and fears — and efficiently, sincerely exploring with them the possibility that the seller’s solution might be helpful and affordable.

Given that almost all B2B companies have a business plan that calls for selling to more buyers than are literally within shouting distance, that means having this all-important first substantive conversation remotely. The breakthrough technology for having conversations at a distance was called the telephone — literally, “sound at a distance.” The telephone was the true enabler of B2B sales since it became ubiquitous in offices in the early 20th century. And the telephone was effectively choked to death by ubiquitous voicemail in the early 21st century.

We’re in the Restoration Business

At ConnectAndSell, we are on a mission to restore the live, human conversation — especially that first substantive conversation — to its rightful place at the center of B2B sales. We aren’t driven by sentiment or a longing for the good old days. We just recognize what should be obvious to anyone: he who talks, and listens, first usually wins the sale.

Everything Old Is New Again

Yes, you need to get used to talking to people again. And yes, some salespeople might prefer to never talk to anyone: better to get paid for doing some LinkedIn research and sending an email that never gets read or leaving a voicemail that gets deleted in two seconds. But given how easy we at ConnectAndSell have made it to have live conversations without dialing, navigating phone systems, wheedling gatekeepers, and ending up in voicemail hell, there aren’t many excuses for failing to pick up the phone. Sure, with ConnectAndSell you only have to dial one number per day to have 40 or 50 conversations, but you are talking again — and winning sale after sale while your silent competitors wonder, “What happened?”