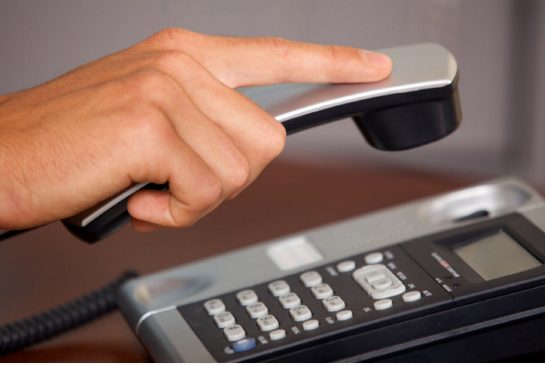 In the first part of this millennium, the phone got pretty much crippled as a sales tool. It was voicemail that did it in. At first, voicemail seemed like everyone’s friend. In fact, to most of us, it felt like a savior.

For me, it all started in 1993 with the arrival of Venkat Mohan, our new president and COO at CADIS in Boulder, who had come to us from a leading voicemail systems company. (Yes, voicemail back then was bought as a “system,” hardware and all.) So, soon we had a voicemail system.

It was great! First, our office saved the entire cost of hiring someone to answer the phone! As a lightly funded software startup, spending money on anyone who wasn’t making something or selling something felt bad. And we had cell phones! Admittedly, they were just phones that worked in a fair number of places, except on that long grade from Superior to Boulder. But they did let us talk to people, and maybe as importantly, they allowed us to fetch voicemail. And as salespeople — and as with all good startups, we were ALL salespeople, all the time — voicemail was a godsend.

A Boy, a Laptop, a Cell Phone — and Voicemail

In some ways, a day on the road with a laptop and cell phone, backed up by our trusty voicemail system, was more productive than a day at the office, where I might get pulled into a too-long conversation with someone about some product feature or product positioning or strategy. All good stuff, but nothing compared to the value of getting out and talking to prospects and customers. At the end of the day, it was pretty liberating to get to the hotel, call one number, check voicemail, take notes, and return calls, and then figure out how to get my laptop to dial out to the internet through the hotel’s phone system to get my email. With voicemail, I didn’t have to worry about missing important calls. And with email, I could keep up with product development and deal situations with the team.

It felt like a golden age of enterprise software sales had dawned. Long distance phone charges were cheap enough that we could dial in to the internet from anywhere to fetch voice messages we missed while in the air or at customer meetings. And when we missed connecting with someone we were calling, more and more often we found that they had acquired a voicemail system themselves, and we could leave voice messages that were almost always returned.

Like many golden ages, this one carried the seeds of its own destruction. It started in tiny ways, not really noticeable at first. For me, it was the first time my voicemail “mailbox” filled up. As my mother would tell you, somewhat too eagerly for my tastes, were she still with us, I am fundamentally a lazy person with a strong tendency to neglect important tasks — like cleaning up my desk or, it turned out, deleting voicemails. At this moment, I have some 28 unanswered voice messages in my AT&T mailbox, most of which are well past their “best answered by” date.

The problem wasn’t really the full voicemail box. It was that I started to get a bit of an attitude toward some of the voice messages. For one thing, an increasing number of them were from people I didn’t know, trying to sell stuff to me, and the idea of setting aside part of my insanely busy day to make their job easier didn’t appeal to me. If someone unknown to me leaves me a voice message, I might accidentally listen to a couple seconds of it while clearing out a full voicemail box, but even though all I have to do is touch “Call Back,” that nice, red “Delete” button usually looks better.

The Death Knell of Voicemail

“So what?” you say. “Chris Beall isn’t everybody. So he doesn’t listen much to voice messages from strangers. What about the real world? What do the numbers say?”

Well, here they are. In this 2013 Harvard Business Review article, “Time to Hang Up on Voice Mail,” Michael Schrage wrote:

“That the technology is in decline is no secret. In 2012, Vonage reported its year-over-year voicemail volumes dropped 8%. More revealing, the number of people bothering to retrieve those messages plummeted 14%. More and more personal and corporate voicemail boxes now warn callers that their messages are rarely retrieved and that they’re better off sending emails or texts.”

Read that again. Not many things in life decline 14% year over year unless they are, to use the popular investment phrase, “going to zero.” And here’s the part that should give a salesperson pause: that decline indicates that people are more selective about which messages they’ll retrieve, choosing only to listen to voice messages left by a select group of people, which includes mothers, wives, offspring, friends, bosses, coworkers, and occasionally even fathers! It includes reminders to show up for jury duty and that your mechanic has finished turning your car’s problems into his bank account.

It does not, however, include you — the salesperson who really needs to have a conversation with Mr. or Ms. Prospect. You are not their wife, or the school nurse’s office, or the mechanic holding the car hostage for his boat payment. You are a stranger. And you are pretty much screwed.

The upshot is simple and tragic: as a B2B sales tool, the telephone choked to death on unanswered voicemails sometime around 2008, at least in the U.S. Not surprisingly, at just about the same time, the death of the B2B sales rep was announced. After all, without sales conversations, who needs sales conversationalists?