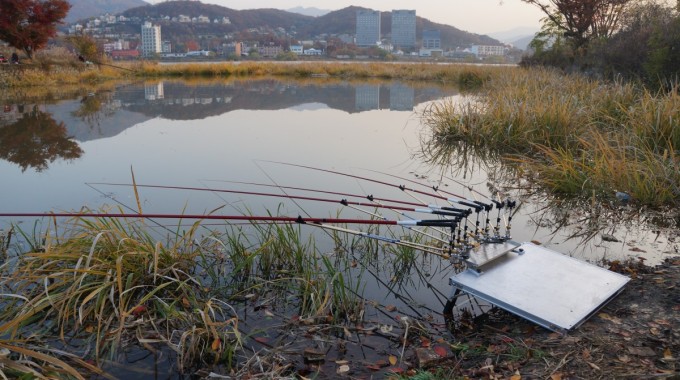 So, did the internet and its websites, search engines, blogs, and social media really make us change the time-honored B2B sales process — you know, the one that involved salespeople having conversations with prospects — into this complicated combo of inbound, outbound, content marketing, lead scoring, social selling, multi-touch, account-based whatever alphabet soup of XDRs handing off XQLs with SLAs for SALs? Or was it some other less-obvious factor that is responsible for all this stuff?

First, allow me to ask whether it is possible to create sustainable advantage in the world of either digital content or digital interaction? Given that digital content can be copied and mimicked in minutes, is there any sustainable way for a first mover to get anything except the privilege of bearing the substantial costs of being original? Your insight becomes your competitors’ insights overnight.

The same goes for digital interaction. There’s a saying in Sales that “buyers are liars.” In digital marketing, buyers are something worse: to put it delicately, they are promiscuous. If a buyer is downloading your white paper, following you on LinkedIn or Twitter, or watching your video, that same buyer is doing the same with your competitors. You are in an arms race for both content and interaction in which the other side only needs to match you move for move.

The game of B2B digital sales has been reduced to something a little bit like tic-tac-toe, except played on a huge board with no winning position. The board is tilted in your favor if you are big, established, and branded. Think “IBM,” which has wisely put serious muscle behind their program, Digital Sales, taking full advantage of the fact that they will rarely get left unconsidered by serious buyers. But for the many companies trying to make a name for themselves, and for whom revenue growth is synonymous with survival, an endless game is a losing game.

Another of Those Best-Laid Plans

So, my first arguments can be summed up in this way: there is no sustainable competitive advantage in digital B2B marketing and sales. Buyers look at everything: your content and the other guys’. Buyers interact with everyone’s digital assets. Buyers are, wisely, whores.

And the only winners are the B2B digital marketing and sales pundits, consultants, and technology companies. Getting paid to help you keep running on an endless treadmill that gets steeper each day is not a bad gig. They are filling a need, not inventing it. After all, if you stop running, you will get slammed back into the gym wall. But it’s an endless treadmill nonetheless. Let’s call it “the end of differentiation.”

Let Us Imagine for a Moment…

Now, for the second and, to me, better argument. It consists of a simple thought experiment. The premise is that while the internet has made it easy for buyers to learn everything about products, it has also made it relatively easy for sellers to identify intrinsically qualified buyers.

Intrinsically qualified? I mean business people who are responsible for solving a known kind of problem at a known kind of company. For example, if your company has a breakthrough that helps businesses automatically eliminate bad candidates from the tsunami of applicant resumes, an intrinsically qualified buyer might be the VP of Human Resources or Talent Management or a similar position at any company that hires more than X people per year for skilled positions.

Pre-internet, it took a fair amount of legwork to make a list of business contacts matching even such simple criteria. Now, it is trivial. So in our thought experiment, let’s imagine you have such a list, with perhaps 500 names with matching company and title, each with at least one phone number.

What If…You Had a Magic Wand?

Now let’s add one more twist. Say you had access to magic technology that allowed you to push a button whenever you want during the business day and, in just a few minutes, talk to one of the people on your list. Remember, you’re offering this prospect a breakthrough technology that solves a real problem for pretty much everyone on the list.

So the question is, can you hold a fruitful business conversation with the first person you talk to after those few minutes of waiting? I claim you can. (Or if you can’t, you may need to work on your sales skills.) Does that conversation fundamentally depend on having nurtured that person with content for weeks, months, or years? Again, no — at least not if you are a skilled salesperson.

This Fabulous Prize Can Be Yours!

Now that we have restored the phone to you as a business tool, one more thing happens naturally. A reasonable proportion of the people you talk to, one after another at your convenience, (even better than you would have in 1954, back when almost every B2B phone call was answered!), are not even looking at your kind of offering — yet. In fact, for many of them, you are having the very first conversation about such a solution.

This is something your competitor cannot copy or replicate: that first conversation, the one that, done skillfully, frames the discussion on this topic for this very important potential buyer, perhaps forever. You have made a competitive move in a real game where you can win, sometimes, before your competition even knows you are playing, at least with this specific buyer.

So my argument is this: restore the phone, and you have an immediate, sustainable competitive advantage — and very little of the complication it took so many paragraphs to partially describe in Part 3 of this blog series. The internet is still there. Buyers are still on their journeys. But you are winning, over and over, where others are not even playing. And no one is whining about Marketing and Sales alignment, or even that the leads suck!