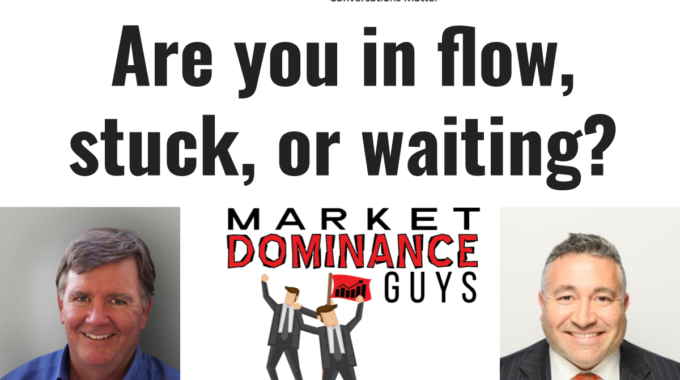 In this most recent issue of the podcast, Market Dominance Guys, ConnectAndSell’s CEO, Chris Beall, and his co host, Corey Frank, talked about where you are — in flow, stuck, or waiting.

When it comes to business analysis, Chris leans toward science, but science backed by mathematics. Because without math, science is dead.

“So, you’ve got to keep the number of experiments down to a minimum and cram them in a small amount of time for a small amount of cost. I’m not a fan of internal debate for a long period of time. I think you debate just long enough to determine one of three states. State number one is ‘We’re in flow.’ And when we’re in flow, we should stay in flow.”