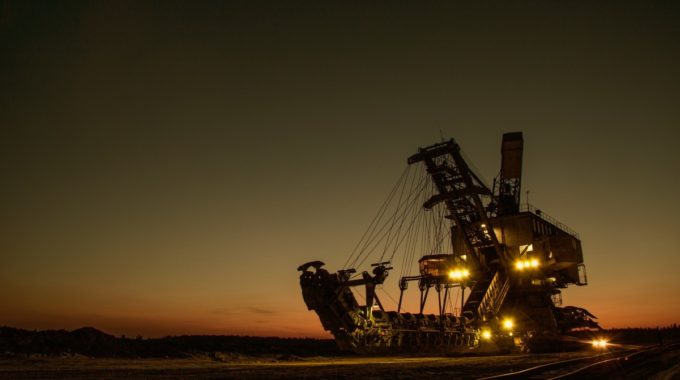 Let’s imagine you own a gold mine. For years, you’ve been walking into a dark hole in the ground, using your headlamp to follow a promising vein of gold-rich quartz, and using your pick and then a shovel to fill an old tin bucket with ore. When the bucket is full, or your back hurts too badly, or it’s dinner time, you carry it up to the surface, dump it into a crusher, and throw in some magical mercury, a miserly metal that sticks to gold particles and brings them together in an elemental soup — an amalgam that you can sell to Wells Fargo for spendable money.

It’s hard work but a good enough living, especially when you compare it to your cousin who settled for being a potato farmer. But you’re starting to worry. The rock seems to be getting harder, and that rich gold vein seems a little less rich every day. Sure, some days are still a bonanza, but more and more often it takes two or three dozen buckets of ore to be worth a trip to your friendly Wells Fargo assayer.

Just by pushing a button?

Then one day, while riding your mule to the mine, you hear a rumbling sound coming out of your neighbor Mary’s mine as you pass by. Mary is standing outside the mine. She’s not carrying a pick or a shovel; she’s just standing there by the mine opening, listening to that noise coming out of her mine. Smiling. And Mary’s not much of a smiler.

Suddenly an ore car, loaded with broken rock, comes rolling out of the tunnel entrance. Mary hits a button, and the car dumps its contents into her crusher. Another button, and the ore car heads back into the darkness, and after a minute the rumbling starts again. And Mary goes back to smiling.

You know, Mary isn’t going to tell you what’s going on in that tunnel, especially after that unfortunate incident at the hoedown last Fourth of July. So, you ask around, discretely, and eventually dig the truth out of old Henry, the blacksmith. Mary has gotten some help from a clever fellow who’s come up with an ore extraction machine that’s ten times faster than even the strongest man with a pick and shovel. It’s all a big secret, of course. Mary’s smart — too smart to share a 10x advantage over her hardworking neighbors.

Then it hits you like a bolt of, well, Lightning

A little more poking around, and you manage to corner that clever fellow in the saloon. Turns out he’s willing to make you a 10x contraption too. It’s not cheap, but you’re not stupid: 10x is, after all, 10x.

Within a couple months, the Wells Fargo agent starts treating you with the respect you know you always deserved. Sure, Mary might be smiling, but you’re smiling more too. Who knows? Maybe next Fourth of July you and Mary can even have a little talk at the hoedown.

But then something starts to bother you. The ore keeps coming out, still at 10x more than pick-and-shovel speed, and that clever fellow even made some changes to your ore processor so it can keep up with all that rich rock. Your production is up, but your yield stubbornly stays where it’s always been — then starts going down. Is your claim played out? Is it time to join that hopeful army of prospectors headed deeper into the mountains in hopes of striking it rich? You stop smiling so much.

But Mary is still smiling. You decide to find out why. Why isn’t she running out of rich ore? You start paying more attention to what’s going on at her operation. And then one day you decide to head to your mine a little earlier than usual. In the pre-dawn gloom, you hear a new sound coming from Mary’s mine. You stop and listen. It sounds like your 10x ore extractor, but it’s clearly not working as hard. You wait for dawn. When the darkness lifts a bit more, you see it.

Mary has clearly lost her mind. She’s added another ore extractor, but above ground instead of hidden away in the tunnel where it belongs. And instead of ore, it’s filling a car with waste rock, taking worthless tailings to her ore processor. That can’t work, can it?

Well, it turns out that it can, and it did, because the next day you overhear the friendly Wells Fargo assayer say something to Mary about her amalgam having more gold than he’s seen in these parts. And the worst part is that she seems to be bringing in two or three times as much gold daily as she used to be and lots more than you are.

You seek the counsel of the clever fellow who rigged up your high-speed ore extractor, and he’s nowhere to be found. Dejected, you start the long trek back to your mine, full of dark thoughts as evening falls. It’s just not fair that Mary, already a source of frustration (what with her nicer house and healthier-looking mule and hoedown standoffishness), is seriously kicking your ass as a gold miner. Now she’s doing stuff that any fool can see makes no sense — and kicking your ass four times as much. Maybe more than four times…

A light at the end of the tunnel? Seriously?

As you approach your mine, it’s full dark, with not even a ray of moonlight to light your way. Your mule knows the way but stops suddenly, ears up. And then you hear it: a clanking sound from just inside the mouth of your tunnel. You approach on foot, pick in hand, just in case it’s not a bear, or that old raccoon you’ve aptly named Trouble.

As you reach the tunnel entrance the clanking stops. Silence. Then a rush of sound comes right at you, making you jump and yelp in a way that would do credit to a startled coyote pup.

The onrushing sound is followed by an out-rushing light — a light attached to a miner’s helmet sitting on the head of the clever fellow you thought was lost and gone forever, taking with him your hopes of a bright future. Preceding him is your ore extractor, headed on a fresh set of rails aimed straight at your tailings pile.

A waste is a wonderful thing to mine

He sees you, smiles, and says, “Friend, I’ve noticed how glum you’ve become ever since I showed Mary how to get four times as much out of her waste rock as you get out of your hole in the ground, even with my high-speed ore extractor. I couldn’t stand to watch a man die of confusion and envy, so I took matters into my own hands and set you up.”

Grateful that he didn’t go into the matter of your puppy-like yelping, you can only think of one word to say. “How?” you croak.

You could swear his eye caught some moonlight as he answered.

“Friend, it turns out there’s more gold hiding in your waste pile than you’ve taken to Wells Fargo so far. It’s easier to dig, because you’ve already dug it and broken it up as well. And left it out in the acid rain and toxic runoff to mellow a bit. Your ore processor just needed a little adjustment to crush it all up nice and fine, and our old friend, Mister Mercury, will do his job even better now than on fresh ore out of the mine. So… twice as easy to dig times twice as much gold per pound of rock, and you get four times as much gold to take to the nice Wells Fargo man.”

There’s gold in them thar follow-ups

You shake your head slowly. It makes no sense. Gold from waste? But at the same time, it makes perfect sense. You know the clever fellow is not only right, but he has instantly opened the door to a golden future for you. Sure, you realize you’re not really Mary’s cup of tea, but you also realize that come Fourth of July, you can afford to sail to Hawaii and see for yourself what made Mister Mark Twain write those tantalizing things about those distant islands.

Meanwhile, there’s work to do and a clever man to thank. You shake his hand and head off to the warmth of bed, and dream of ore that makes more ore, and then more and more. You smile as you dream, and — if only in your dreams — Mary smiles back.

And the clever man finally does mosey along to other mines, although he does come for a visit now and again. After all, there are lots more mines and lots more waste to be turned into golden smiles before his work is done.