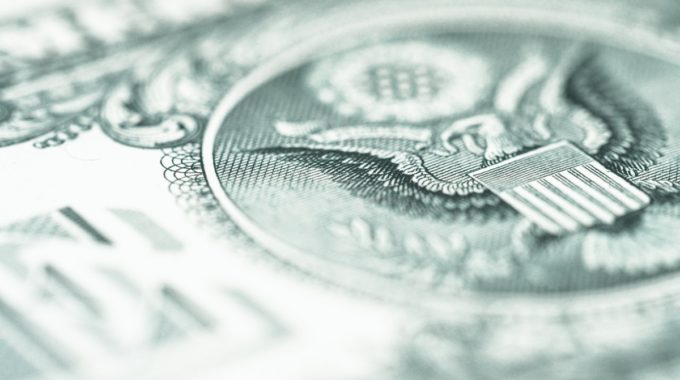 Up until now, this series has been all about unit economics. And in SaaS companies, that means pretty much all about sales efficiency and effectiveness. I’ve dragged you through some analysis and calculations, drawing the conclusion that there are ways of organizing, tooling, and running a SaaS sales organization that result in a 3x improvement in unit economics while letting you scale to whatever size makes sense for your market opportunity.

Clearly, there is a relationship among unit economics, ability to scale, and capital efficiency. After all, in order to add $1 of growth, if Approach A costs 3x more in sales-cost than Approach B, then Approach B should be more capital efficient. You get more growth for the same number of dollars invested.

But the invested dollars don’t all go directly to the cost of selling a unit of your product. Some of those invested dollars go indirectly into the cost of selling, in the form of spend on marketing programs, which often cost as much or more than selling costs. And some of the investment also sneaks off into overhead in the form of recruiting and hiring costs, as well as perks like free food, personal services, and at-work entertainment to help compete for scarce labor (usually sales, but also engineering, marketing, and human resources people). I saw an admission by one SaaS company recently that they spend north of $25K annually on perks per employee and were actually contemplating cutting back a bit.

Now I will make an outrageous claim: capital efficiency, across the board, can be dramatically improved by radically increasing the number of sales conversations had per day per sales rep.

I’ll wait a moment while you clean up another coffee splutter.

OK, I suppose I should explain. It turns out that the rate of sales conversations is actually the bottleneck — the true process constraint — of almost every SaaS company. Management tends not to notice this fact in the early days, when it is easy to generate enough inbound leads to keep the top of the funnel full and salespeople busy, essentially taking orders. Shiny new SaaS products are often priced and promoted in a way that makes them irresistible to a cohort of early market buyers who will try almost any new thing that is essentially being given away.

This happy state tends not to last forever. Eventually, the easy pickings become hard cheese, usually in a “frog in ever hotter water” kind of way. The nasty business of outbound prospecting finally gets reluctantly added to the mix, and the inbound pickings get a little slimmer, relative to the total amount of new revenue needed to support investors’ valuation expectations. Suddenly, inbound leads that were considered beneath even an email reply start to look more appetizing.

Upon inspection, which is rarely done, these facts come to light:

The consequence of the first fact is that more than 90% of that fat marketing budget is actually wasted on generating leads that are worth exactly nothing. Mind you, these are perfectly good leads: in fact, they are probably a little bit better than the ones that do get spoken with, because they are slightly harder to reach and therefore busier and more likely to have buying authority.

So, 90% of the money invested in marketing generates good output, which is, effectively, put in a big pile, soaked in gasoline, and burned to nothing. Of course, the leads are actually recycled for nurturing, but all of the opportunities for an immediate deal that are hidden in that 90% actually vanish, along with the revenue growth they could have produced. This is capital inefficient, to put it gently. One marketing dollar that might have produced $10 in fresh growth ends up producing $1.25 instead. This missing growth drives down the company’s value two ways — by hammering the multiple used to calculate valuation, and by slimming down the revenue to which that multiple would be applied.

The negative consequence of the second fact — paltry outbound performance — are, if possible, more profound. If an outbound rep talks to 5 targeted prospects per day instead of the 50 per day that they can easily have with the right technology and techniques, the viability of the company itself is called into question by investors.


Adding more outbound sales reps is the only solution and, in times when investment dollars are flowing freely, is often tried. It tends not to work very well, as it takes a long time to find and ramp good outbound reps, and the best like to join companies where the other reps are making quota. (Duh!) Throwing bodies at the outbound problem is not only not capital efficient, it often initiates a cycle of obvious failure, management change, and grasping-at-straws attempts to embrace the latest sales and marketing fad before the music stops.

It’s simple really — if the rate of growth decreases with each passing day as the low-hanging fruit has been picked (at great expense!) and the sales team proves it is incapable of reaching the good stuff higher up in the trees, it becomes obvious to investors that there is no way out. A capital efficiency question becomes a viability answer that is tragically negative.

I say “tragically” because the next step in this not-so-brave new world that growth investors find themselves in is to pick winners and others. The winners are those companies in their portfolios that have the best unit economics and capital efficiency. Companies with very good products simply get sucked under and spat out in a cruel culling exercise that kills both good and less-good products with equal vigor.

And How to Elude It

To avoid this tragic fate is actually simple. Radically lower your cost of selling by:

These four steps are actually easy to execute. In fact, a complete transformation along these lines can be done in a few weeks. It takes being hard-nosed about who is worth investing in, and then making the investment to make sure every minute of every rep’s day is spent in conversations with desirable prospects.

In my view, it’s not too late for any SaaS company with a valuable offering to eliminate the risk of being told by their investors, “Sorry. You’re on your own.” It just takes recognizing that unit economics and capital efficiency for SaaS comes down to maximizing the number of conversations per rep per day and minimizing the cost of those conversations.

The effect is immediate, and the alternative is grim. Like “reaper.”