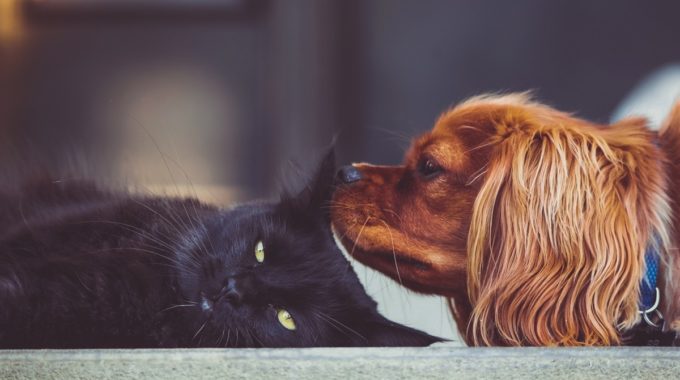 Like everything else since the advent of social media — and maybe since the invention of broadcast media — the question of how to structure and run a sales organization has become both a practical and a religious debate simultaneously. Inbound or outbound? One tier or two? Pooled or paired lead generation resources? Lead based or account based? Call only after research, or let ’er rip?

The practical debate shouldn’t be a debate at all. We have this quaint process called “science” that’s really good at figuring out things like, “What works better? A or B?” There really aren’t many meaningful debates in science, at least not that last forever, because we have these things called experiments.

Rather than arguing endlessly and calling each other names, scientists have come up with what many of us believe is a path to truth — the eponymous “scientific method.” You know the one, with the hypotheses and the experiments and the repeatability of results. It works for quaint stuff like how invisible electrons and massive galaxies work, and it’s also good for understanding how our messy bodies work, plus why we have rain and earthquakes and such. Science even illuminates hard stuff, like our minds and our behavior.


So why does the “How should we sell?” debate go on and on? Why doesn’t it eventually get resolved by experiment? And anyway, isn’t the experiment going on all the time? Shouldn’t the “right” ideas about sales simply wipe out the “wrong” ones by superior performance? Natural experiments go on at scale, in parallel, every day. They are called companies! May the best sales theory win and put the other guy out of business!

What’s interesting to me is that these debates are not driven by facts of the world. They can’t be. Facts lead interested parties quickly toward the same conclusions. In cold places you see people wearing coats and boots, not bikinis and sandals. Sure, there might be a few who go around barefoot and in shorts for a while, but when the facts are clear enough, conclusions converge.

In talking about sales, the conclusions never converge. In sales, some people are “all earmuffs and mukluks, all the time,” and others are “a little sunscreen and a pair of shorts, and I’m good” — whether we are talking about Fargo or Phoenix. In sales, the opinions about the “right” way to go about it stubbornly refuse to converge. The debate only seems to intensify, jumping from fad to fad as it does so, immune to facts and dismissive of the other side’s arguments.


Why? Why should there be sides at all? Of course, all fields — even accounting — have some ongoing discussions that lead to new and presumably better practices. But the sales debate is simply stuck, looking more like religion or politics than it does like business. I’m not talking about top practitioners, by the way — those folks quietly go about the business of making sales and making money. I’m talking about consultants, advisors, gurus, and tools vendors. (Fair warning: I’m one of the latter, and you should discount everything I say accordingly!)

The debate has exactly two sides — which is odd, given all the ways one could imagine approaching selling. I will, for the moment, not label the two sides. I’ll just give some examples of their contrasting points of view:

“Sales is a contact sport. Get out there, get dirty, and mix it up!”
“Sales is a finesse game. Set it up right, and the deals will flow!”

“Pick up the damned phone: if you don’t talk to them, someone else will.”
“Don’t interrupt people: it’s ineffective, rude, and demoralizing.”

I could go on and on. Perhaps I already have. If you are inside the debate, I bet you could name 10 brilliant people on your side and one or two idiots on the other side. And I’ll bet further that you are very unlikely to think differently 10 years from now.

Maybe you were born that way


The truth is there are two basic approaches to life that seem to be there from early childhood. Maybe birth. They are:

Dog people (Act first and figure it out along the way.)

Cat people (Wait and watch, then act when the time is right.)

“Wait a minute,” I hear you saying. “Where did these dogs and cats come from? I thought we were talking about sales.”

Here’s the mapping: sales is, mathematically, hunting. The starting state is “empty stomach,” success is “full stomach,” and somewhere in between there is a process of finding and bringing down prey. And eating it.

Sales, done right, is good for both the individual hunter and the prey species — but that doesn’t change the math. The hunter still needs to find suitable prey, engage that prey in space and time, and emerge from the engagement with a meal.

The modern pet dog and cat still have personalities built on how their ancestors and modern wild kin hunt. And those personalities reflect different ways of solving this ubiquitous and most important math problem: how to find, engage, and win often enough to avoid starvation.

Dogs hunt in packs. Legs plus stamina cover lots of terrain. Sharp eyes and untiring legs and lungs gather intelligence at the trot along the way; and noses read the past and tell the pack when the herd passed this way, in which direction, and how vulnerable the herd’s weakest member is. If dogs don’t run, dogs don’t eat. The persona of their individual next meal is not particularly relevant; catching up to that meal in its moment of weakness is.

Cats hunt alone (except for the social cat — the lion). A cat scouts the terrain in advance, learning the habits of the herd, or even of an individual. Where do they eat? Where do they water? Where do they sleep? Then, research done, the cat chooses a likely time and place and waits. No point roaming the countryside like an idiot dog, running yourself ragged, and sniffing everything. Patience, my friend. Dinner is coming.

So, what if the “how to sell” debate is really a matter of style? It would be crazy to adopt both styles — running and gunning AND hiding and pouncing at the same time? No way that math works.

It’s all over but the…


Maybe I am barking up the wrong tree. (Is that a leopard I smell up there?) But I must admit that the reactions to my LinkedIn “If cold calling is dead…zombies…” post of September 6, 2016, are any indication, this isn’t exactly a rational matter. Cold calling might be something that only cold-nosed dogs can love, running endlessly over the landscape, sniffing out prospects.

No self-respecting cat would do anything so wasteful and stupid. (I am here borrowing a term used by some to describe both my “zombies” post and, I suspect, its author.) There’s plenty of inbound deer to support our sales leopards and cougars. You just need to do your research and hang out in the right spots.

What do you think?

Are we debating how sales really works? Or how it should work?

Or are we just cats and dogs, hissing and growling about two different ways of dealing with the world of prey? Run or lurk? Hound or pounce?

And if it turns out to be all about cats and dogs, then what?