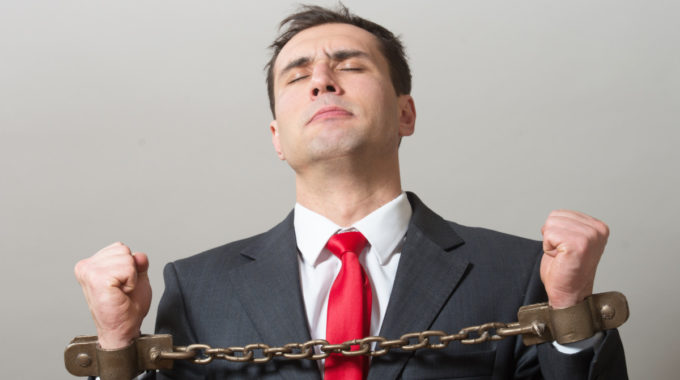 In Part 1 of this two-part blog series, I made the claim that sales headcount is not a growth constraint for most B2B companies. This claim must, of course, be wrong. How do I know I’m wrong? Because the entire B2B venture capital industry says I’m wrong, and they are really smart people with nothing else to do but figure out how to use organic growth to turn modestly large amounts of money into huge amounts of money — as fast as possible. Smart VCs don’t invest in B2B companies that can’t “scale.” And to scale means, in practice, to grow two things:

The reason I’m putting the VC-funded B2B model under the microscope is to make this point: the growth constraint in their rather stark model, uncomplicated by the company having any business history, is clearly in one place: the flow of meetings that serve as the input to manufacture new deals, logos, and revenue (recurring or otherwise).

Cream or sugar, anyone?

Let’s do a thought experiment. (Don’t worry! Einstein used to do these things all the time, and people finally concluded he was a pretty smart dude.) Imagine you get up tomorrow and notice the coffee maker has an extra knob labeled “Meetings.” Miraculously, this knob is already set to however many meetings your entire sales team schedules in an average day — say 5 meetings for a mixed SDRs-and-AEs team of 10. What’s cool about this knob is that it clearly can be turned up above “5.” So, hand shaking a bit in anticipation, you turn it up to “10.” (I know, you’re thinking “11,” but remember, we just met this knob, and Mom warned us about strangers.)

And — voilà! (This is a French-press coffee maker and meeting-rate accelerator.) That day, 10 meetings get scheduled instead of 5. You decide to keep a close eye on the situation. Do folks show up for the meetings? Do the meetings convert to next steps? None of this takes very long, because meetings have quick cycles compared to sluggish things like deals. Within two weeks, your AEs have now had 50 more meetings.

Now, for the thought experiment part. As a result of changing only one thing — the rate of setting meetings on the AEs’ and, of course, your prospects’ calendars— which way do you think the revenue growth needle will move?

We all know the answer. Changing nothing else but having twice as many meetings will not shrink the business. This is especially true if you get all tweaky and funnel the most promising meetings to your best 20% of closers. It’s even more true if you can somehow arrange for the extra 5 meetings per day to be set by your best 20% of appointment setters — because you know quality is important.

It all comes down to this

Or you can let me speak for the math. Just because we tend to work on lots of things doesn’t turn them all into a constraint of a given system. It just says that machines need maintenance, and stuff that falls on the floor needs to be picked up. In terms of constraints — those things that, if we increase their throughput, we get an actual increase in output of the system as a whole — there’s only one per system.

You now hold the secret to growing your B2B company in your hand — the one that could be on the knob that, in our thought experiment, can merely be turned clockwise to drive the rate of meetings up, thereby driving real growth usually well within the sales year. Wow! It’s like discovering that atoms can be split to extract the energy hidden within them — but without the hideous problem of waste disposal.

But, wait! I cheated. That knob on the coffee maker was a thing of imagination. There is no knob except headcount, right? And we all know that the headcount knob is expensive, complicated, slow to turn, and generally loses to Mother Nature’s 80/20 law. Rats! Maybe even weasels! I teased you and then let you down — just like a sales consultant or growth guru. Sure, now we know that the flow of meetings with potential buyers is the growth constraint common to all of our businesses — but what can we do about it?

Well, what we normally do to attack problems of this class is to examine the stuff inside and before the constraint — its inputs and the means by which it transforms inputs into intermediate or final outputs (machines, people, fermentation vessels, whatever). We look at sequences of steps to see if we can rearrange them to achieve higher throughput while hitting our quality marks. We ask whether a given transformation step might be replaced with one that goes faster (i.e., has a shorter cycle time). We look for steps done in sequence that can be rearranged to be done in parallel. Imagination comes into play. And math. Yikes!


None of this is easy stuff. And for this simple reason I’m not recommending you do any of it. Because it turns out a fundamental discovery was made a little more than 10 years ago that allows the “need more meetings set every day” constraint to be addressed directly, without analysis. It turns out that the key is to increase the rate of conversations — first, referral, and follow-up — being held by the top 20% of anyone responsible for setting appointments. This can be SDRs, because that’s their job. Or it can be AEs, because they might be in that top 20%.

This is because the constraint within the constraint is the flow of conversations with suspected potential buyers. (Sorry about the phrase, but there’s just no other way I can think of to put it, as I am utterly uninterested in getting into the usual labeling argument about what’s a suspect and what’s a prospect, as those terms don’t have universally accepted operational definitions.)

I’ll repeat, the hidden constraint is the flow of conversations with the “right” people. Fortunately, the internet and its buddy, the web, have flooded us with cheap, accurate-enough information to solve the problem of finding “right enough” people. They don’t have to be perfectly right, of course: we’re only looking to crush our competitors by outgrowing them, not perfectly painting the ceiling of the Sistine Chapel. Just “right enough” that if the top 20% of our appointment-setting “machines” were to have, say, 2x more conversations with this list of “right enough” people, we would get an increase in the flow of meetings with potential buyers.

Yes, a machine can do all this

So it turns out, what we need to address our universal growth constraint is a kind of “conversation machine.” It would probably do some things in parallel that are currently done in series. It would almost certainly rearrange steps of the process in order to automate what can be automated and to specialize the application of labor to maximize throughput and quality while minimizing cost. It would have to have a straightforward, easy-to-use interface that delivers its core output to the expensive processor (the appointment-setting human) in a way that’s easy to get a next conversation and that fits seamlessly with their other tasks, such as putting an appointment on one or more calendars. It would need to hook up to sources of lists of “right enough” people that are probably worth a conversation, and it would need to record the results of its operations in some reliable data store, like a CRM. Unless these “right enough” people happen to be sitting within a short walk of our appointment-setting resource, these heard (“phonos”) conversations will have to be remote (“tele”), which means they must use the telephone to take care of both the remoteness and the need for a quick, information (and therefore emotion!) interchange, because agreeing to a meeting is a “sale,” and all sales are made on emotion.

Oh — and the throughput needs to be predictable, expressed in “conversations per hour” or some such. And it better be able to support turning our magic thought experiment knob from “5” to “10.” It’s arbitrary, but let’s say the threshold for growth transformation is 2x, so we need a little more than twice as many conversations per day for our 20% who produce 80% of the results.


What’s interesting to me at this point is:

That means I can make the logical claim, supported by hard math and very little imagination, that it is theoretically possible to transform almost any B2B company’s growth equation by use of a single mechanism — a “conversation machine” that delivers conversations at least 2x faster to that company’s top 20% appointment-setters. And nothing else is needed.

Even stranger, it turns out that it takes zero days to turn this machine on in production. (I would say it takes one [1] day, but almost everyone who uses it gets a first day of full production usage for free, so “zero” is legitimate.) Of course, the meetings that are produced on that zero-cost Day Zero don’t happen that day, so you need to wait a bit to see what they produce. But we already established that the flow of meetings with potential buyers is the constraint of the entire business, so while checking for conversion to revenue is interesting, it is extremely unlikely that increasing your flow of meetings by something like 8x would fail to move the growth needle.

If you would like to learn more about this “conversation machine,” and find out if you qualify for using it in production for a full day — for free, no less — visit https://connectandsell.com/free-trial.

And now I will stop to let you indulge your skepticism, which is a fine stance and will keep you out of all sorts of trouble. But I would recommend you don’t indulge it for too long, unless time is your very best friend.

Link to Part 1 of this series.