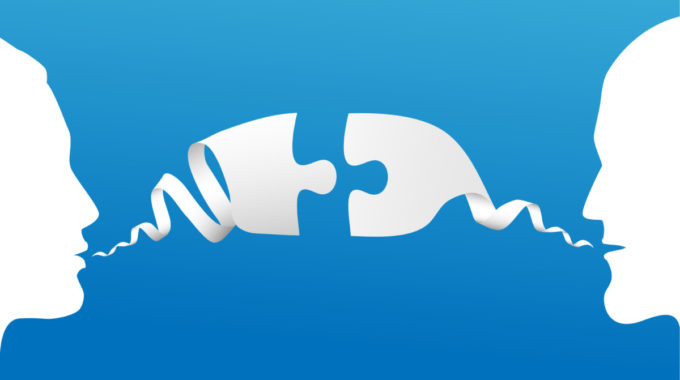 In sales, we have long had the notion of a territory, granted as a kind of fiefdom to a salesperson willing to mine it for us. The notion is fundamentally feudal, but still congenial for a certain type of person who likes and is hopefully good at hunting — but doesn’t either love the other landowners or have the chops to fight them, eventually — in most cases — to the death. (Isn’t business exciting!?)

And in sales, our territories have long been geographical. The reason is simple: salespeople needed to “call on” prospects, and distance dominates the cost of doing so. Do this thought experiment: imagine a sales team with magical teleportation powers that can visit anyone, anywhere on earth, in a couple of seconds. Suddenly, our territories look a little silly — until we consider the varieties of human languages spoken and the fundamental challenge of selling to a Tagalog speaker if you only speak Basque.

So, in our imaginary “teleport anywhere for free” world, territories become, at the least, based on language. We might also take into account culture. After all, even in the homogenized United States of America, there are sufficient cultural differences between, say, Boston and Mobile, or Portland and Topeka, so that we would expect higher sales performance where we have higher cultural similarity.

So, we might impose on our language-based territory scheme the notion of cultural fit, and use hometown (where a sales rep grew up) as a proxy. Remember, we have a magic teleportation capability, and distance is no object. Note that we will probably restore some level of geographical territory assignment if we go with culture, within the bounds of language. It has nothing to do with the cost to call on someone physically anymore. It has lots to do with rapport.

So, what if there were a secret language, and a hidden culture, that is even more predictive of the likelihood of establishing rapport than any other factor? And what if that cryptic language and culture were built into people from birth — malleable to some degree as they go through life, but truly fundamental to rapport.

It turns out there is such a hidden language and culture, at the level of each of us as individuals. It’s the most basic “who we are” when it comes to “how we make decisions.” And sales is all about how we make decisions. This cryptic characteristic goes by the name of temperament.

Have you ever raised a litter of puppies and noticed how different they are from each other? The black-and-white one approaches you and licks your hand. The one with the curly tail cowers in the corner and needs to be coaxed with tidbits just to let you scratch her ears. The brindle one with the white eye patch is always starting a play fight with whoever is nearby — but never with you. And the one with the perky ears just wants to run, run, run, sniffing at everything and digging under every fence.

Puppies have different temperaments. And they keep them for life. Their personalities may evolve and, as anyone who has ever brought a rescue dog home knows, sometimes in ways that make it hard to look at people the same way. But those deep tendencies to make decisions — approach or avoid; fight or flee; explore or hang out on the porch; sniff twice and then twice more before taking food from a stranger — are stable for a lifetime.

“I second that emotion”

Everyone in sales has been told, often to the point of it being tiresome, that “buyers buy on emotion and justify with logic.” But what emotions? And when in the sales process are those emotions most powerfully predictive of future buying behavior? Almost every sales expert has a formula for managing this emotional reality. The best even address the question of the salesperson’s own emotions, which are almost always disruptive, giving us a ripe field for improvement by simply stopping whatever madness the rep is prone to.

But if the rep’s emotions are mostly a negative influence and therefore need to be managed, or even controlled, to successfully navigate a sales process that is naturally fraught (and all sales processes are), what about the buyer’s emotions? We know we can’t manage them directly. Heck — we can barely manage our own, as Jeb Blount points out with a very sharp knife in his book, Sales EQ.

So, let’s assume that everyone who has the fundamental capability of being successful in sales has, by definition, the ability to keep their emotions sufficiently in check to play leader to the buyer’s follower — at least once the buyer trusts the seller. (If not, perhaps they should try a profession that has little need for emotional control, like CEO or something similar.)

We should hang out sometime

Now for the reveal, which you already know from thousands of human encounters: people tend to like and trust people who are like themselves. Like themselves in what way? Temperament. Avoiders are comfortable with avoiders, comforting each other while they get the lay of the land sufficiently to come out of their shell and get what they need. Social animals love hanging out with others who yap, yap, yap — and give way when push comes to shove. Those who see the possibilities in a situation like to be with those who see them too, even if they are different possibilities.

At this point, the idea starts to become clear: “like and trust” is rapport itself. If we could match the temperament of the seller to that of the buyer, or vice versa, rapport would come easy. And rapport is the emotional foundation for exploring business possibilities and, ultimately, making a buying decision.

Which raises the semi-obvious question: what about temperament-based territories? It sounds a little outrageous until you consider that people who share the same temperament have a lot more in common, from a B2B buying perspective, than people who live in, say, Chicago. And if what they have in common — say a tendency to “yap, yap, yap, squirrel!” — makes them much more likely to trust and like another “yap, yap, yap, squirrel!” type, then at least it makes more sense, and more money, than “You take Chicago. I’ll take Dallas,” which we have been accepting blithely for decades.

It turns out that this outlandish and land-free approach to landing new business is already being tested at small scale, and the early results are beyond promising. The nice thing about testing ideas like this in sales is that sales fails at a wonderfully high rate. In fact, almost always (regardless of what all those self-reporting surveys say). So high rates of positive outcomes can be used, tentatively, as directional signals for future tests.

In one experiment, done over the past two days, someone whose dominant temperament type is “A” (for artist) called exclusively on fellow “A’s” using ConnectAndSell Lightning™.  Each of the two calling sessions were extraordinarily short: 4 conversations and 2 conversations. This caller would not describe himself as anyone’s gift to cold calling — but set 3 meetings on 6 conversations. Why is this beautiful? Because even with such a small-feeling sample size, the odds of exceeding almost any top-of-funnel specialist’s goal of 2 meetings per day in less than 45 minutes were minute. So, this qualifies as an encouraging signal.

And, encouraged by this signal, the experiment will be expanded to include more callers using ConnectAndSell to talk exclusively with prospects whose public social profiles indicate their temperaments match the callers’. As always, I will publish the results publicly.

And, depending on your temperament, prepare to: see the big picture; check the data two or three times; figure out how to put this new knowledge to work for you and only you; share it with friends and colleagues; want more details; or want to put it to practical use to drive results right now!