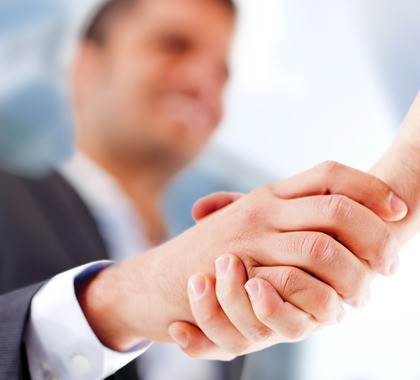 In a recent blog post, one of Jim Keenan’s clients shared an enlightening quote:

In other words, a simple “Yes” doesn’t mean a thing until you have a signature on the line.

Have you ever thought you closed a reasonably big deal, only to have the prospect never actually come through?

Do you still kick yourself for that to this day?

There’s never any guarantees your prospect will sign. But if you use these techniques, you’ll definitely boost your close rate:

1. Understand Their Process for Closing

If you get a yes from your contact, learn what else they have to do to make the deal happen. They may still have to convince the decision maker.

They could have an entire team of people to convince. Do they hold the clout to make that happen?

If they don’t, what can you do to make their argument more compelling?

The next generation may not know how to read cursive writing, so this may work for a limited time only…

Let’s say your prospect can say “yes,” but they’ve got a ton of hoops to jump through before they can actually sign.

I’ve talked about these before, but that’s because they work so well and rarely get used.

Think of it this way: every other sales person’s going to send a series of e-mails or call and leave voicemails.

What better way to build a relationship and stand out?  For the bigger more strategic deals, why not send a handwritten note?

Let’s be real for a second here…some prospects will drag their feet, even if they have every reason to do so.

Don’t cut them a discount!

But, tell them your pricing is good for 30 days only…and you’re only giving it to them.

Be serious when you say this…don’t make it up.

Sometimes, it’s just the push they need to get moving.

Keep updating your testimonials and getting as many of them as possible. The more you have, the more you appear to be a growing, active company that people want to do business with.

Case studies work best if you have ones with companies similar to theirs. Make them as detailed as possible so they work best for convincing your prospects you’re the right choice.

5. Never Let Your Prospect “Think About It”

How many times have you heard this line?

When your prospect uses it, counter that with, “What do you need to think about right now? What can I clear up for you?”

It puts some gentle pressure on your prospect to act. If they state their problem and it’s something related to a process at their company, ask them when it’s going to happen.

Let them know you’ll be calling immediately after their process completes to follow-up.

With these simple techniques at your disposal, you’ll close more deals in no time.

Let me know the results!