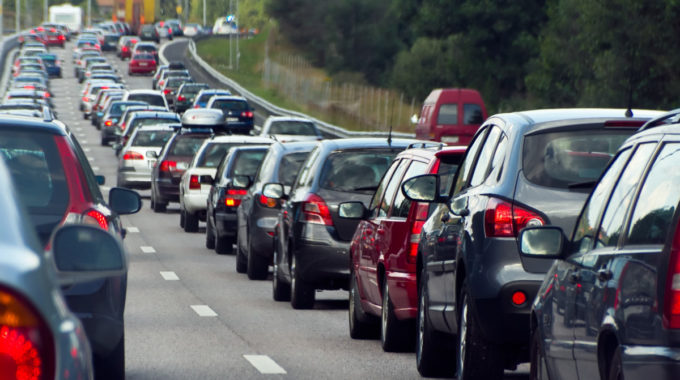 Sometimes on Saturday morning, I wake up with something bothering me. Today it was “Why does everyone seem to think we are on the edge of an economic disaster when it’s obvious to me that a big chunk of our economy — the knowledge part — just got permanently cheaper, bigger, and better?”

So, I did a little research and analysis to blow off some splendid isolation weekend steam. This is part one of a two-part analysis report.

I published this originally on LinkedIn as an ugly spreadsheet. Fortunately, Susan Finch has kindly saved us all from trying to make sense of that pile of numbers. (And she made sure I fixed some errors in the original analysis. Thanks, Susan!). Take a look:

The big idea is simple: time is money. And so is money. Back in pre-pandemic days, commuting took a huge amount of time for an awful lot of people. It also cost a fair amount of actual money. I did a bit of research in that place that is saving our entire economy – the cloud – to get the basic facts. I dropped those facts into a spreadsheet and let it calculate the impact. The result was shocking, even to an old numbers-guy like me.

Of course, this kind of analysis is full of assumptions and researched facts, so here are the ones I used:

But wait, there’s more. It costs money to do all that driving. I used the standard reimbursement rate of $.575 per mile x 7,018 commute miles saved per year x that same 48 million knowledge workers. That’s just shy of $194 billion.

Add in childcare at $8 per hour for that same 210 evaporated commute hours for the 19.2 million knowledge workers who have kids who need care, and you get another $32 billion. I know that doesn’t seem like much, but as Senator Everett Dirksen may have said, “A billion here and a billion there, pretty soon, you’re talking about real money.”

There are other savings, of course, of all kinds – downward pressure on oil prices, reduced road maintenance, fewer car accidents with their attendant trauma and costs, and more.

But here’s one that might not be obvious: the cost of all those knowledge workers clogging up the roads unnecessarily, making the commute longer for folks whose presence at the workplace is essential. If taking knowledge workers off the road reduces commute time for these 62 million people by 25%, putting $35 per hour of value on their time saves an additional $114 billion.

Adding it all up, we get $845 billion in the form of saved time and saved money – for everybody. Throw in the cost of office space for knowledge workers at a low estimate of $300 per month per employee, and you get another $172 billion.

Does this saved time turn into money? Always. Somehow. My prediction is that local businesses will flourish in the neighborhoods where people want to live, because there will be more people in those neighborhoods during the work day. And those businesses will employ and pay more people – often local, sometimes commuting (but not to a central, clogged location). Knowledge worker wages will adjust too, probably in surprising ways that are good for both employers and employees.

In part 2 of this article, I’ll take on the question of relative productivity for knowledge workers at home compared to the office. Spoiler alert: the numbers are in the chart above, and they dwarf the billion dollars of savings we just found in what Corey Frank calls “the couch cushions of our economy.” Stay tuned.