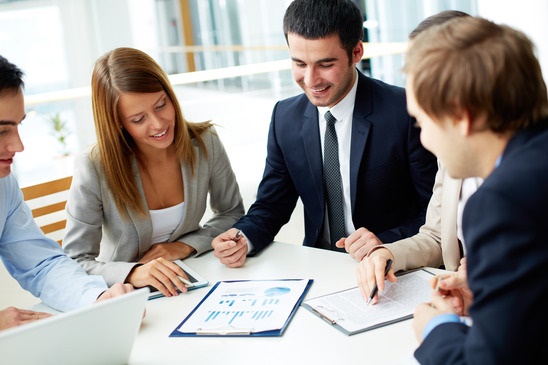 Have you ever tried to “make” your employees, spouse, or your kids do something you know they didn’t really want to do?

What kind of response did you get?

Were they smiling from ear-to-ear, eager to do what you wanted?

Or did they frown, hesitantly fake a smile, or turn around and do what you said after a brief pause?

Maybe you heard grumbling, cursing, and swearing under their breath or got eye-rolls…

The last 2 questions above are the difference between taking action under threat of force and taking willing action.

Do you remember from Psychology 101 that the most effective way to modify anyone’s behavior is to add a positive stimulus when they engage in the desired behavior?

At the same time, adding a negative stimulus (reprimands, punishments, verbal disapproval) to encourage desired behavior doesn’t work as well (sell to this quota or get written up for example). In reality, what ends up happening is people do just enough to avoid the negative stimulus. After that, they could care less.

So, with all that in mind, your best option is to inspire your employees to willingly take the action you want.

How do you do that?

1. Engage in the Desired Behavior Yourself

Have you ever had a grossly inefficient manager or executive team give you long talks about being inefficient…and then do the exact opposite themselves?

How’d you feel about that?

When you want your employees to take certain actions, make sure you do them yourself.

2. Push Your Employees to Their Limits by Giving Them Meaningful but Achievable Goals

This one is very subjective, based on your company’s culture. If your employees are robots, doing the same thing day in and day out all year long, they stop being engaged and just go through the motions.

It’s up to your managers to identify goals that encourage your employees to do their best. If they don’t meet them, don’t punish them.

Instead, help them think through the situation and identify what they could do differently to achieve their goals.

In your life, you’ve been a part of strong and weak teams. In the weak ones, everyone’s not on the same page. Disagreement and selfishness send everyone in different mental directions.

Then, you’re a part of a good team. Everyone agrees to the primary objective and happily does their role to help the team meet it.

You want teams built with the latter. Have you ever read Good to Great by Jim Collins?

The great advice to take from that book is you need to hire employees motivated to do well on their own. You can’t do much to change people. That might mean transferring employees out of your department or even letting them go.

You must do whatever it takes to get all people on a team moving in the same direction.

4. Your Company (Or Team) Must Have a Compelling Mission

In Good to Great terms, you must have some reason to exist other than making money. At Canada-based WestJet Airlines, for example, they promote their work culture to employees as giving them the opportunity to be “owners.” They can place up to 20% of their salary in company stock, which the company matches dollar-for-dollar for their contributions (the average US 401(k) matches 50 cents on the dollar). The company won an award for Best Corporate Culture in Canada in 2005 and 2006.

Another example is the grocery store chain Kroger, which doesn’t exist to be the best grocery store that makes the most money. Instead, it focuses on creating innovative, high-margin “all-in-one” mini-stores under a single roof.

If you have the power, push this idea at your company. If not, create a compelling mission with your sales team.

If you do those 4 things, you give yourself a much better chance at getting your employees to willingly rally around you and achieve extraordinary things.