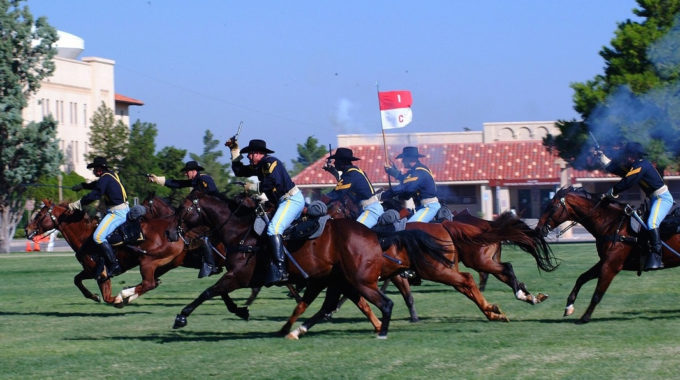 The “cold calling is dead” debate can get pretty lively, with surprising insights occasionally emerging from the endless back-and-forth. One such insight, for me anyway, came from reading the responses to a simple question: “Why is cold calling so controversial?”

The first thing I noted is that no one — not one single commenter — answered the question. In reading the comments, one would have thought the question was, “Does cold calling work?”, or “Do you cold call?”, or even “What exactly is cold calling?”

The question of “Why is cold calling so controversial?” obviously was sufficiently interesting to elicit comments. And the comments themselves were the kind that incite more controversy!

Which made me realize that I hadn’t given this question any real thought. I just wrote an article that asked the question another way around: Could it be that the debate about cold calling is really just a hissing/growling match between two popular personality types — cat people who are comfortable pouncing from the shadows after great preparation, and dog people with a boundless enthusiasm for finding prey on the run?

But it could be more fundamental. Maybe cold calling is a classic “approach/avoidance” problem that can only be resolved by choosing, or rejecting, the thing itself. That is, maybe it’s not possible to be indifferent to cold calling. Maybe “meh” is just not an option.


THOUGHT EXPERIMENT #1
What if cold calling were not scary, in the least? What if talking to invisible strangers didn’t make palms sweat and hearts race? When I wave a magic wand of the imagination and take away the “scary,” I believe the controversy dies down. It might even vanish. There wouldn’t be any point in brave people saying, “I like cold calling. It’s challenging and stimulating.”

Bungee jumping has this quality, by the way. It’s probably safe enough, but I can come up with dozens of arguments against it, and I might even claim that people who do it are immoral (bad influences), foolish (there’s some risk), and simply odd (does anyone really like the feeling of falling to their death?). And bungee enthusiasts will either say, or at least feel, that I’m just a wimp and a sissy, a scaredy-cat (note: not a scaredy-dog!) whose arguments are clearly a reflection of his fear and nothing more. And they would be right!

THOUGHT EXPERIMENT #2
What if cold calling were not effective? That is, what if it “didn’t work”? To me, this one is even more clear: if cold calling didn’t work, it also wouldn’t be controversial. In fact, there wouldn’t be anything to talk about at all, no matter how scary it is. People simply wouldn’t do it, because people stop doing scary things that don’t work soon enough.At various times in history, lots of people have done some pretty scary stuff, quite routinely: riding fast horses in rough terrain while being shot at, for example. So many people did this scary thing — and having ridden medium-speed horses in mere cactus-dotted terrain without anyone shooting at me, I am confident the extra speed, rougher roughness, and shooting would be plenty scary — that it was worth naming. One and one’s horse could be part of a cavalry charge. Poems were written about it, and something has to happen a lot before the poets start writing!

The cavalry was scary, but (for those who didn’t want to lose wars) necessary, for a while. Then, it wasn’t necessary. Armored, internal combustion–powered animals took over the job. And, except for among re-enactment enthusiasts, the cavalry jobs went away as fast as those horses could run to the stud farm or glue factory.

Cold calling, for some businesses, is a necessity, like cavalry was to a 19th century army. You can say whatever you want: that horses smell horsey, are hard to train, bite the unwary, have minds of their own, are not bulletproof, reject their riders, and more. But go into battle without any horses? Crazy!

So, here’s my thought. Cold calling is controversial, because it is both scary and competitively essential, at least for many businesses. Those who have found a job that doesn’t involve riding that scary horse want to make sure that no one else — including themselves — ever gets near one of those beasts. So, they talk smack about “the horse” — the cold call itself.

There is no way to make being a cavalryman non-scary. We suspect the same is true of cold calling. So, we can conclude that cold calling will stay controversial until either:

To repeat, Number 1 isn’t happening anytime soon, LinkedIn algorithms, social skywriting, and impending singularities notwithstanding. The soldier having the most conversations with the most relevant people will win most of the time.

Number 2 isn’t happening anytime soon, unless there were a technology that let you talk to so many people, so effortlessly, that folks just get used to it. The victories eventually would vanquish the controversy.

Is it possible it’s not really about cats and dogs? That, instead, it’s about fear and necessity? And as long as we have both, we have hissing and growling, because no one likes to be told, even by nature itself, that they must do something scary.

So, in addition to controversy, what else do we always see when fear and necessity collide? (Wait for it…)

“I can’t think about that right now!”

Procrastination! That’s what. And what do salespeople do when they finally sit down to do some cold calling? They procrastinate. They check their email one more time. Take a peek at Facebook. Look for a LinkedIn invitation response that is surely more urgent than dialing the phone. This list could go on forever. Approach…  Avoid…  Approach…  Avoid…  We all do it when fear and necessity try to squeeze into a box together.

So, this analysis, piled on top of all those cats and dogs, suggests that cold calling will be controversial forever. But I actually believe exactly the opposite. Because there is a simple way to eliminate the fear (really!) while going even faster: the equivalent of driving a car on a highway instead of hanging on for dear life on a galloping horse on a forest trail.

The car is much faster than the horse and much easier to mount, start, drive, and stop. It even goes where you ask it to, almost all the time. This “cold calling car,” like a regular car, takes a little getting used to. But do you remember when you were learning to drive, and there was that moment when you realized that instead of feeling fear, you felt freedom? This one works the same way.

I think this controversy has gone on long enough. Take a test drive of the ConnectAndSell “1,000 Dials a Day” — our Tesla — and feel the fear melt away and the freedom, fun, and profits appear. Stop arguing with yourself about something that we all need to do, and start talking with prospects about how they can benefit from your breakthrough.