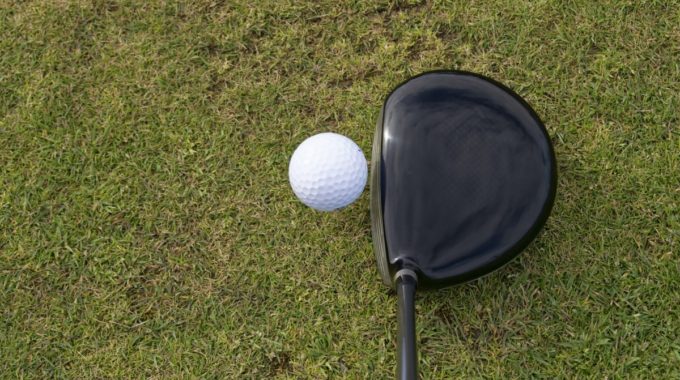 Conversations, like golf swings, come in distinct parts. For the golf swing, we have the setup; backswing; transition; downswing; impact; and follow-through. For sales development conversations, we have opening and agreement to engage; communicating value; offering the meeting; agreeing to the meeting (or not); and collaborating to set the meeting.

Most teachers of the golf swing will tell you that the majority of bad swings start with a poor setup: that the golfer’s stance, posture, and grip on the club make it challenging to make a swing that will deliver the club head squarely onto the back of the ball with speed and precision. But there are lots of good golfers who combine “bad” setup with a “bad” swing to get a good result. They have learned to make a bunch of adjustments somewhere between taking the club back and making impact with the ball that, when combined, produce an acceptable and sometimes very good result.

There are sales reps like this also. You listen to their opener and think, “That’s not going to work.” But somehow they keep the prospective customer involved in the conversation and recover from an unpromising start to produce a pretty good result.

More often, however, reps who open conversations badly produce disappointing results. From a coaching point of view, this complicates matters. How can you know which reps to coach? And which phases of the conversation (the “units of change” we are proposing that you coach) to choose for observation and intervention? Messing with the “bad” opener that is working might make performance worse rather than better; but leaving another rep’s “bad” opener as it is will almost certainly result in continued disappointing performance — with dire consequences.

The answer turns out to be in the data. Not the generic outcome data (meetings set) that management usually relies on to determine who needs coaching; but instead the outcome data that corresponds to our unit of change: the phase of the conversation. You are probably thinking right now, “Great. I have a hard enough time getting clean, current, meaningful data about stuff like dials and talk time. Now this guy wants me to collect more data to support coaching?”

Here’s where we get lucky. It turns out you are probably already collecting data that can tell you precisely who to coach and exactly where to intervene and where to leave well enough alone. This secret cache of data hides in plain sight: call dispositions, the classic pick-list items provided by every CRM system to allow reps to record the outcome of a call in a simple and consistent way. Dispositions like “Busy – Call Back,” “Interested – Send Information,” and the ever-popular but rarely clicked “Meeting Scheduled”!

The mapping of call dispositions onto the coachable phases of a sales development conversation is straightforward. Let’s use a standardized set of call dispositions to illustrate this point. Your dispositions are probably different, but I suspect you can produce a usable mapping, like the one below, with almost no effort.

Take note of something that surprises most people: there are only four basic phases of a sales development conversation, because there are really only four basic ways a buyer can respond to an offer: “No,” “Not me,” “Not now,” and, occasionally, “Yes.”

The #1 Unit to Coach

Of course, a sales rep who accepts the buyer’s word at face value won’t sell very much. Sales development conversations trying to get that crucial first close (i.e., setting the meeting) are the most challenging conversations of all, because most prospective buyers start off in a “no” frame of mind. After all, if you have buying authority of any significance, you will be offered lots of “opportunities” to be sold; but your time is precious, and “no” preserves your time.

The fact that “no” is the default stance for even the prospective buyer who really has the most to gain from listening to you forces me to change metaphors: from a golf swing — where you still have the club in your hands even after a crappy setup and off-plane backswing— to a prize fight — where your chances of winning are exactly zero if you get knocked out in the first round.

The thing about sales conversations is that it takes two to tango. You might get your driver to agree to stay with you throughout the swing (although not always: I highly advise not standing behind me to my left when my golf swing has gone to the dogs!), but when your prospective buyer hangs up or checks out in a sales conversation, you are D-E-A-D. Given that this is the most common outcome — after all, the conversation starts at “no” by default — it is the most important part of the conversation. And it is the number one target for coaching. (More about that in my next post.)